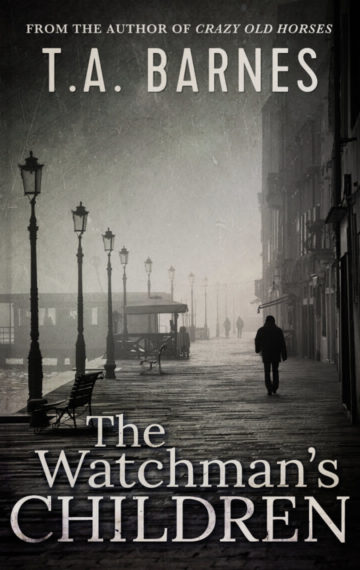 Obsession is a madman’s coat of many colors….

In the early days, I suppose my father’s madness
was just a young punk, jabbing at shadows, pumping iron,
waiting on a ticket to the fight of his life.

When your father is on a one-way trip to madness, the rule is every sibling for himself, and woe to the last child standing. I’m James and I’m standing. It falls to me to tell this tale even if I am unable to tell the goodness or badness of it. That you must judge for yourself.

I will say that if childhood is a time for learning, myself and my four brothers and sisters were fully immersed. Still, recovering from childhood should not be a life-long process.

Moderation would have been the best way to take William as a father. It would have been best to not love him so unconditionally that it stole your identity; yet not to hate him so completely that it robbed you of your heart.

But it was not really about loving with William. It was more a matter of surviving. There were choices to make: Do I freeze in the great outdoors of his disapproval, or do I burn beside him in the grip of his lunacy?

Enough about me. William could not help himself, so at last I forgave him.

Now, Jill, we adored her, all of us. She and Jack were the youngest, twins whose combined IQs totaled more than the rest of the family together. Jill, I’m sure, retreated into her intellect, or else she was simply untouchable by zealotry, a concept that might have made no mathematical sense to her.

Jack turned his genius into evil. It served as his escape, if no other good came of it. No one and nothing could touch him after that.

Amanda? Damaged, of course, but he could not possess her, no more than he could have changed himself into what he was not. Amanda—I’m certain someday she’ll wear a pinstripe suit and bobtail hair, occupy a forty-seventh floor office on her way to the corner suite—at least, that’s what I like to hope. Amanda with those bright eyes… of course he could not touch her: She was almost him.

As for Arthur, he belonged to William heart and soul, the good son, the eldest son, the willing son, until his sire refused to share him and Tanny stole him in the night and carried him to a safe place and kept him all for herself.

Life can break our hearts, can it not? I will tell you this: I feel certain that something equivalent to forgiveness is essential for reclaiming that which was taken from us.

Awards For The Watchman’s Children: 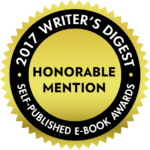 “…flipping through the first few pages of this novel would make me want to buy it….”

“The author drove the plot forward in a clear and focused way that made the story easy to read.”

“The character arc was satisfying because the author knows how to develop his characters….”

“….a fascinating and cynical family dynamic….”

“….the most perfect novel I’ve ever judged….”